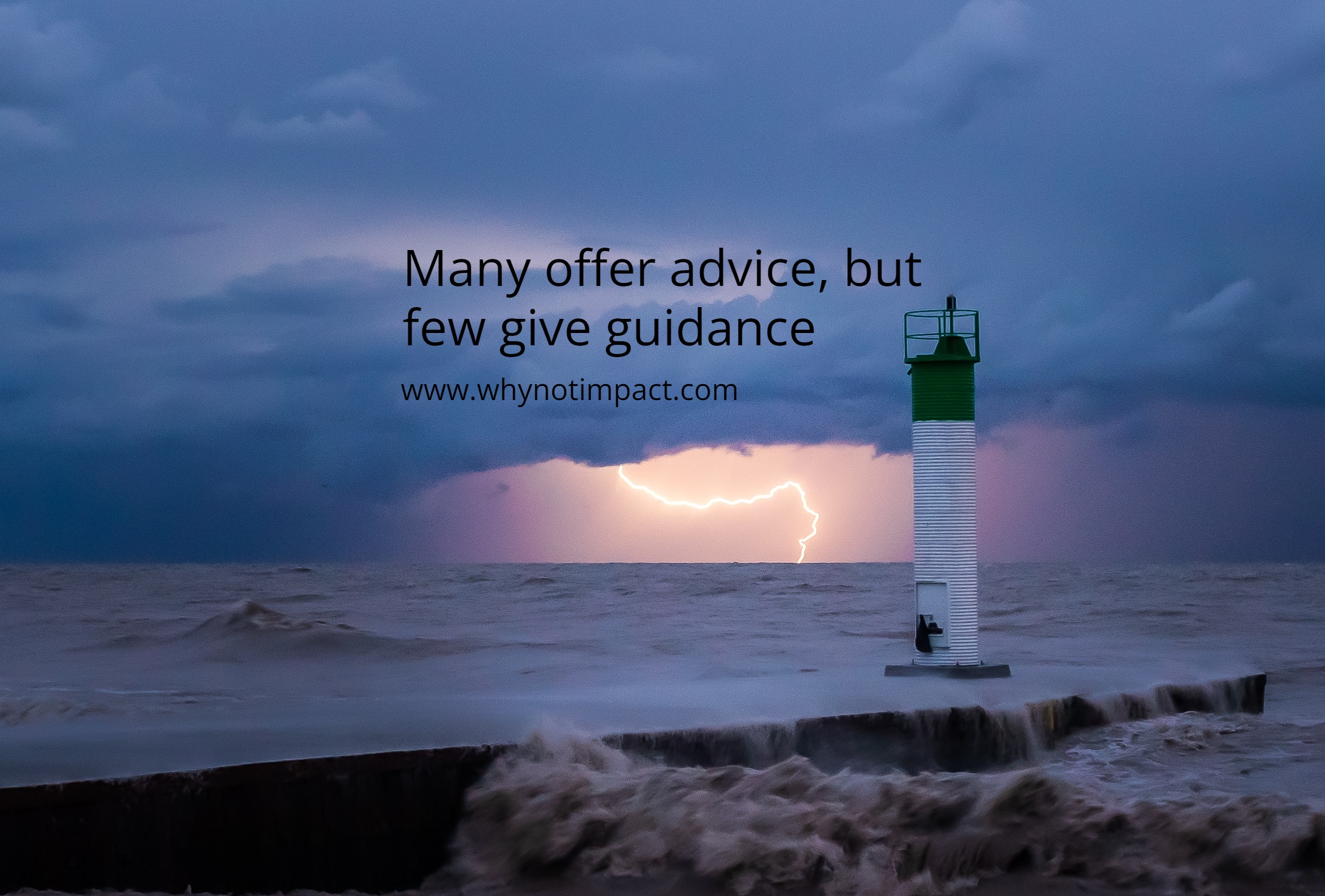 A beacon of light, shining in a dark tunnel, leads the blind to safety.

We are bombarded with advice every single day. But the more time moves forward, the further we regress. And it’s all because of the advice we are given by a society that has no moral compass. The world’s idea of progress seems to correlate directly with advice to disintegrate into a society void of any morals and standards. And its done under the guise of caring!

The problem with this, is that advice is supposed to improve not confuse. The way we are advised to see gender is so confusing that those offering guidance don’t even know the difference between a man and a woman. I certainly won’t touch advice like that with a ten-foot pole. We are advised to be disgusted in ourselves when we don’t agree with what the so-called experts are telling us. The same experts who keep back-flipping on things every second day!

The other problem with this is that advice without guidance has no real substance. Our actions should be way ahead of our advice. If leaders want to push aspects about climate change that they seem to consider as so important, they need to talk less and prove more. A good place to start would be to live less of a privileged life – maybe even move to a treehouse that has no carbon footprint. I don’t listen to people who’s advise is so far removed from their reality.

The only advice I take without blinking an eye, is God’s. His Word not only advises, but guides. Jesus’ words were amazing when He walked the face of this Earth. But the thing that makes Christ the undoubtable beacon, is that He ultimately practised what He preached; not only when it was easy to do. And Christ desires that from His church. He calls us to be the light that guides society to the Truth. And we need to do that by living what we say.

So, let us, as Christians, lead the way. Instead of telling the world how to live, let’s live it! Have a great day.

Follow Blog via Email
Join 2,596 other subscribers
Check out my Book