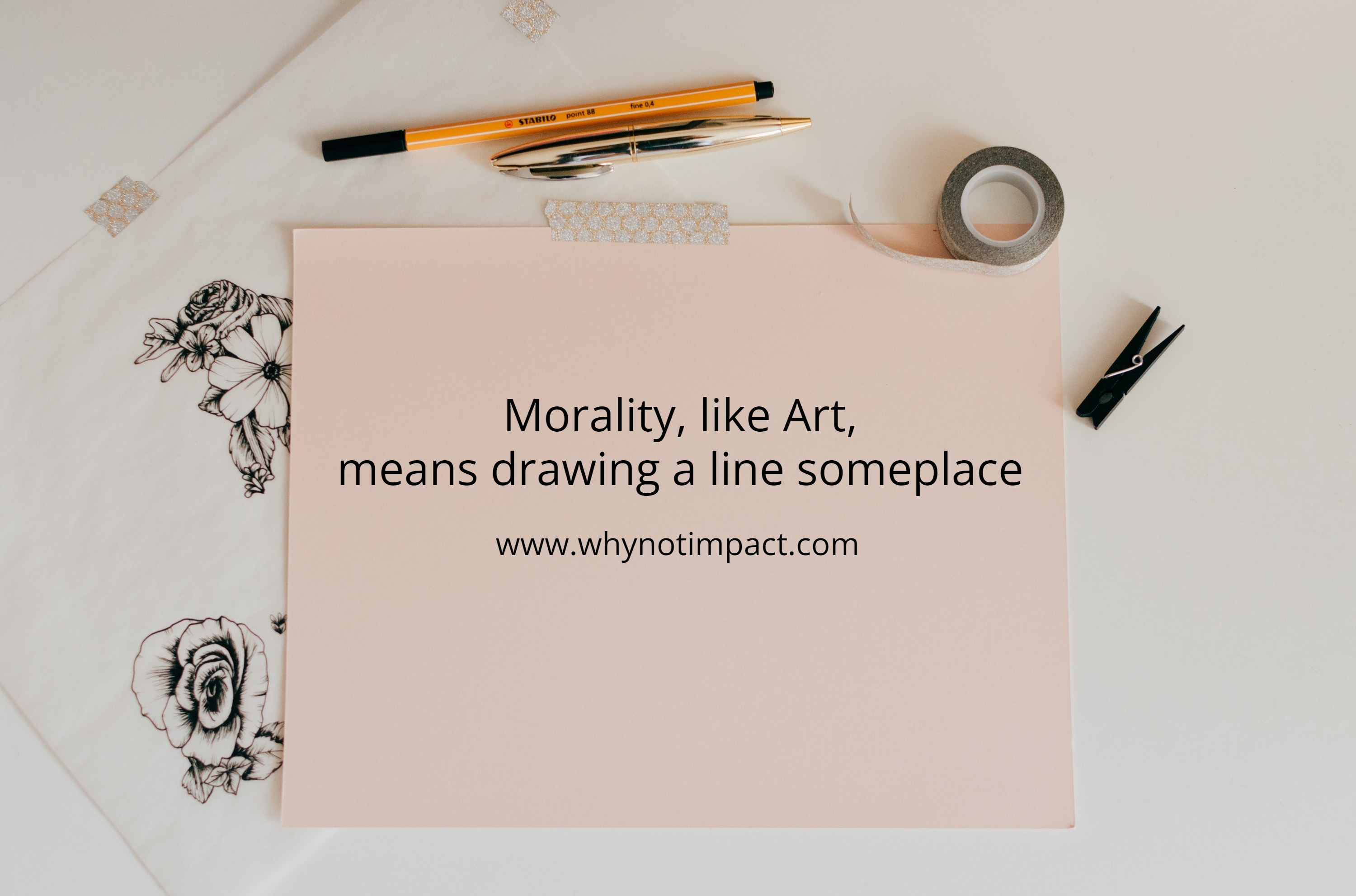 There’s a massive difference between “political correctness” and morality, even though society would like you to see the two concepts as synonymous. Being polite because we don’t want to offend anyone, has nothing to do with morality Whereas “Political correctness” has to do with human preference, morality has to do with God’s perfection. God has no interest in being polite when it comes to morals. The world is in such a shambles, because more tears are shed over the lack of “politeness, than the lack of morals.

It is time for us to draw a line in the sand and to say, “Enough is enough!” The time has come to put on our “big boy boots” (that is probably politically incorrect for not mentioning all 100-and-something genders) and to stop worrying about whether we are going to offend someone. The time has come to dust off our moral compasses and be more concerned about what God expects from us, than what society would like us to do and say.

Society keeps moving the goalposts. What was considered immoral a few decades ago, is seen as absolutely fine today. It’s because there is an unspoken policy they live by. A policy that keeps moving the line that was once drawn. How dare we think that morality depends on what we feel. As sinful souls, we have no sense of what morality is, without having a starting point; and His name is Jesus Christ. So, if you and I claim to love Jesus, it’s time to draw that line and stand strong.

Let’s stop falling for the lies of governments and organisations, getting us to believe that if we bow the knee to them, that we are somehow moral. The only morality we will find, is when we bow our knee to the One and Only God of Heaven and Earth. Remember, political correctness is simply a war on noticing the absence of actual morality.