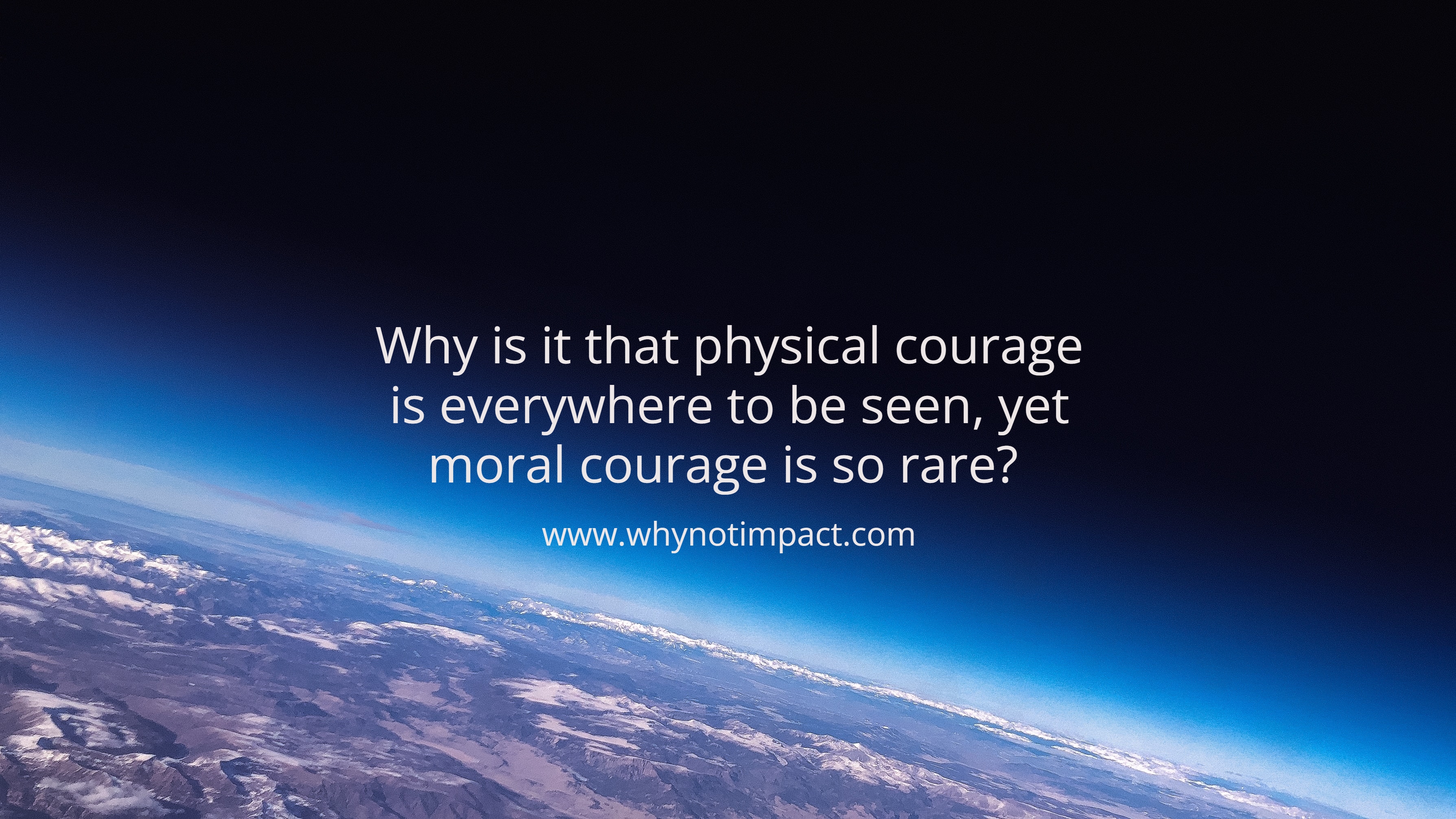 Physical courage often leads to the accolades from society. When we do something that puts our life at risk, people stand in awe of such an act. People like Hugh Glass, is an example of such a person. In his early 40s, he was attacked by a grizzly bear in Grand River in 1823. The attack was so severe that his fellow trappers left him behind with the intention of escaping Native Americans. They even covered his body with a bear hide as a funeral shroud. Glass gained consciousness after a while, wrapped his body parts in the bear hide and began his crawling expedition along the banks of the Cheyenne River all the way till he reached civilization. That was a distance of 200 miles (320 km). To impede gangrene infestation on his wounds, he allowed maggots to eat his dead flesh. During his six-week peregrination, he consumed rattlesnakes, berries, roots and a stolen bison calf from two wolves. The man inspired not one but two movies. And rightly so. His courage certainly is admirable.

But here’s the thing; our physical bodies are but temporary in nature. Putting our bodies on the line and risking death, is certainly something that requires courage. But society doesn’t seem to be thinking about more eternal things. Morality is something that becomes part of our DNA when we become Christians – or it should , anyway. As a follower of Christ, we know that our life here on Earth is but temporary. There is an eternity that awaits all of us. And if we choose to focus on it, then morality becomes the compass that guides our decisions and actions. The quote that is so often used to imply a negative connotation, “Taking the moral high ground,” should be our goal in life. Not because we think we are better than anyone, but because God is calling us to be different. He is asking us to stand out from the crowd by doing the right thing; to be morally courageous. What society deems to be moral, does not fit in with God’s morality! In God, morality is based on truth, not lies – humility, not arrogance – life, not destruction.

So the choice we need to make is simple yet consequential. Will we place higher value on physical courage than we do on moral courage? Do we choose the accolades of society over the opportunity to please God through our choices and actions? Moral courage is rare, live it anyway. The privilege to live for God, far outweighs the applause of the world!