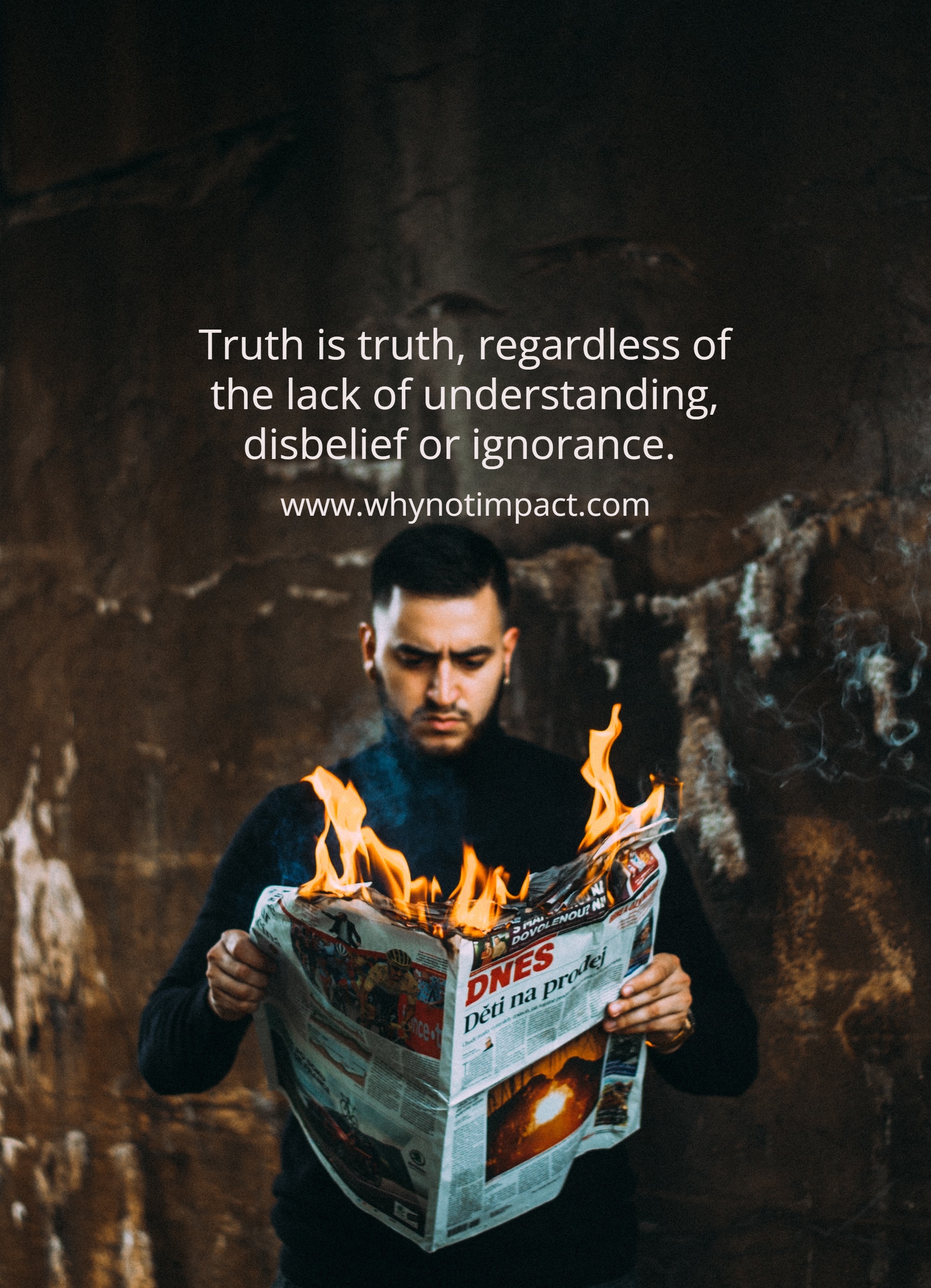 Society has, and always will, follow what everyone else is doing, saying and believing. It happens because it’s the easy way out. We don’t like confrontation so we go with the flow. We don’t want to offend anybody so we follow the crowd. And when we do that for long enough, we begin to convince ourselves that truth is found in numbers. If most people are doing it, then it must be right…right?

Every single pivotal moment in history was marked by a minority, that stood up against a majority, and proved them wrong. How about Galileo Galilei who dared to take on the “intellectuals” and question their “science” about the Sun revolving around the Earth. He was labelled a conspiracy theorist who was spreading misinformation and lies. That didn’t turn out to well for the “scientists”. William Wilberforce fought for 27 years to abandon world slavery. But the majority “knew better”. Today, almost everyone knows that it is an abominable practice. How did that turn out for the majority who claimed to know better?

When Jesus came to this Earth, He lived and breathed Truth. And what happened? Everyone who did not know Him, was offended. Religious leaders were offended and so were authorities. The rich were offended and so were the academics. They were offended because the Truth, didn’t fit their agendas and their arrogance. They were offended because Truth hurts when we live a lie. But those who knew Truth, didn’t allow themselves to be side-tracked by popular beliefs and the ideas of the majority. They stood firm in Truth, and not even death could persuade them to do otherwise.

No matter what lies we are bombarded with, when we stand on the Truth, our feet are planted on the Rock and we are safe from the winds of destruction. Jesus Christ is that Rock!