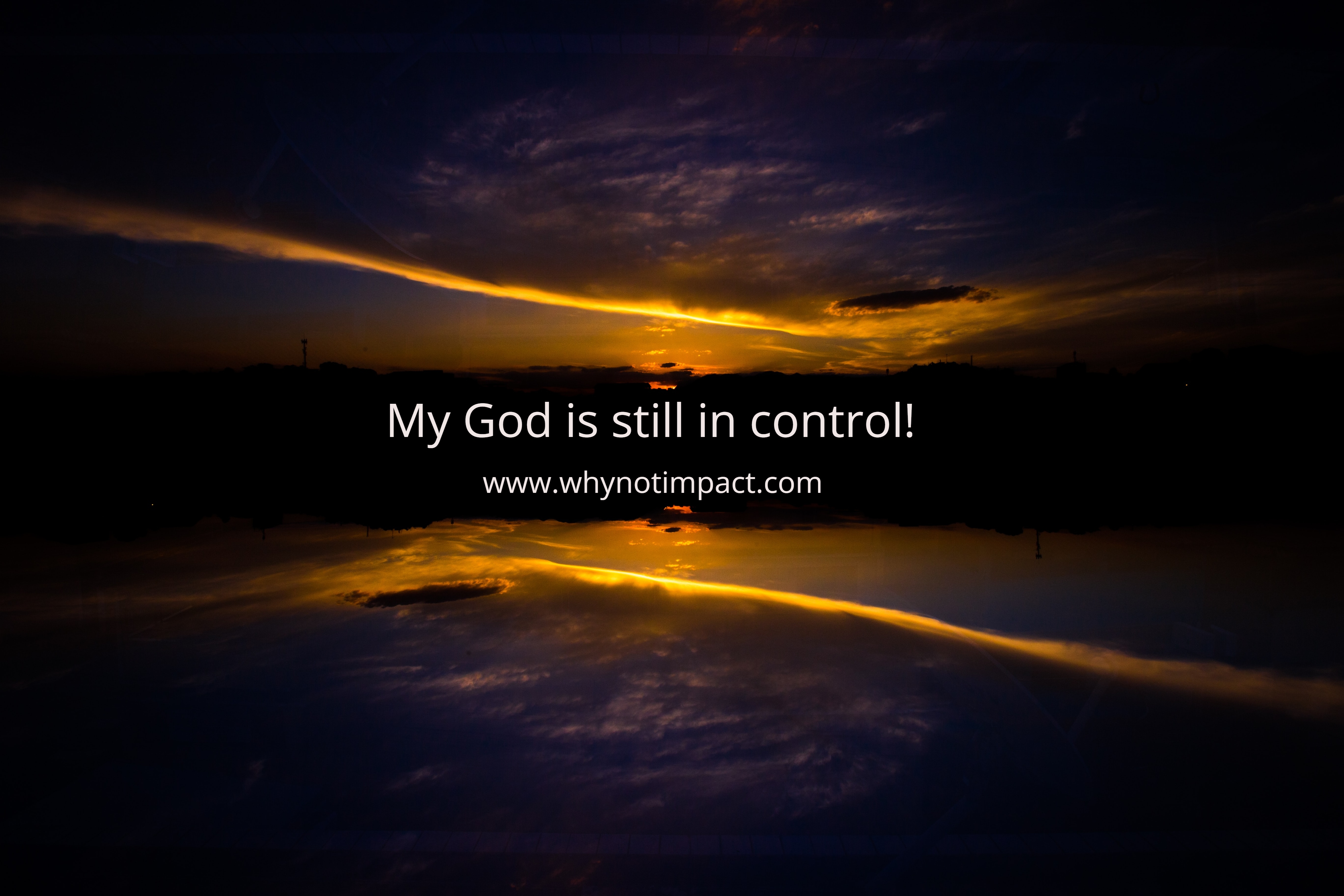 Anything under God’s control is never out of control.

When we commit our lives to Christ and allow God to take the driver’s seat, our lives will never be out of control. It’s when we choose to think that we know better than our Creator, that things seem to spiral. And when that happens the first thing we do, seems to be to blame God for our struggles. That’s not what will happen when we have given our lives to Him, as He gave His life for us on the cross.

Why does the world seem like chaos at the moment? Because it is! Authorities are pushing Godless agendas under the banner of “A Better World”. God is shut out of all important decisions, which in turn, are made by mere mortals who have no time for the very God who created them. You see, when humans think they know better than God, then chaos results. But the chaotic state of the world doesn’t mean that we are spinning out of control.

Despite everything that is happening, we know that God has never handed over His authority. He is still in control. And the day will come when every single person will see that, and admit that. A day is coming when every knee will bow and every tongue will confess that He is Lord, and not man! That will be the day when order is restored and all human intervention, that has lead to all the chaos, will be no more.

There are people asking, “Where is God in these troubling times?” The answer is that God is where He has always been… on His throne with everything still under His authority. And if mankind chose to believe that, this world would be a far better place. But we know that, as His children, we are almost Home. Home where love will reign, not hate. Where peace will prevail, not war. And where God will fill us with His joy that surpasses all understanding. I know that my God is still in control.

Have an awesome day!