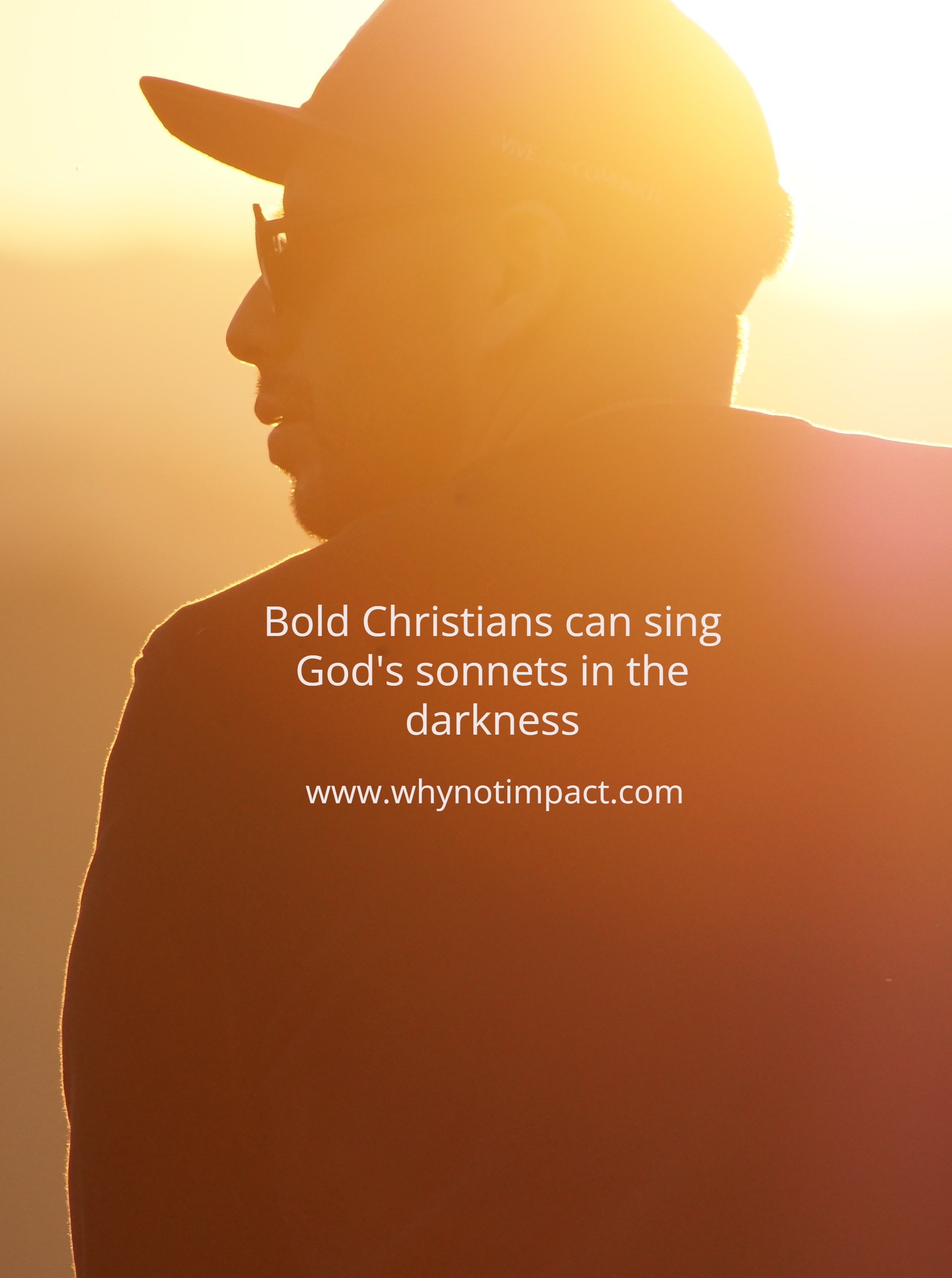 Faith laughs at the shaking of the spear!

The Israelite army believed in God and they had seen God’s hand at work. But, as soon as a giant stood on the battle field, their belief in God was dwarfed by the size of their problem. It was all a question of focus. When we focus on the giants of this world, we have moved from a position of power to a position of cower. It’s not God who moved, we have, by making the decision to put our giants between us and God.

David did something different. He stood firm in his position of power. He chose to sing God’s sonnet on a battle field that seemed like an impossibility. He could do that, because before that day of battle, he spent time with God. God wasn’t an after thought when things got tough. In David’s life, God took center stage even during times when things were going great. And because God was always in his vision, no giant was going to block that view.

You see, the Israelites made a decision. David made a better one. But David could do that because He knew God, and he also knew the boldness we have in Him. To be bold requires faith. Being bold enough to take on life’s armed giants with inferior weapons requires complete faith in God. I choose to choose God. And because of that choice, there is nothing in this world that I will fear. Because I know that when I step out boldly in faith, the battle is not mine, but His.