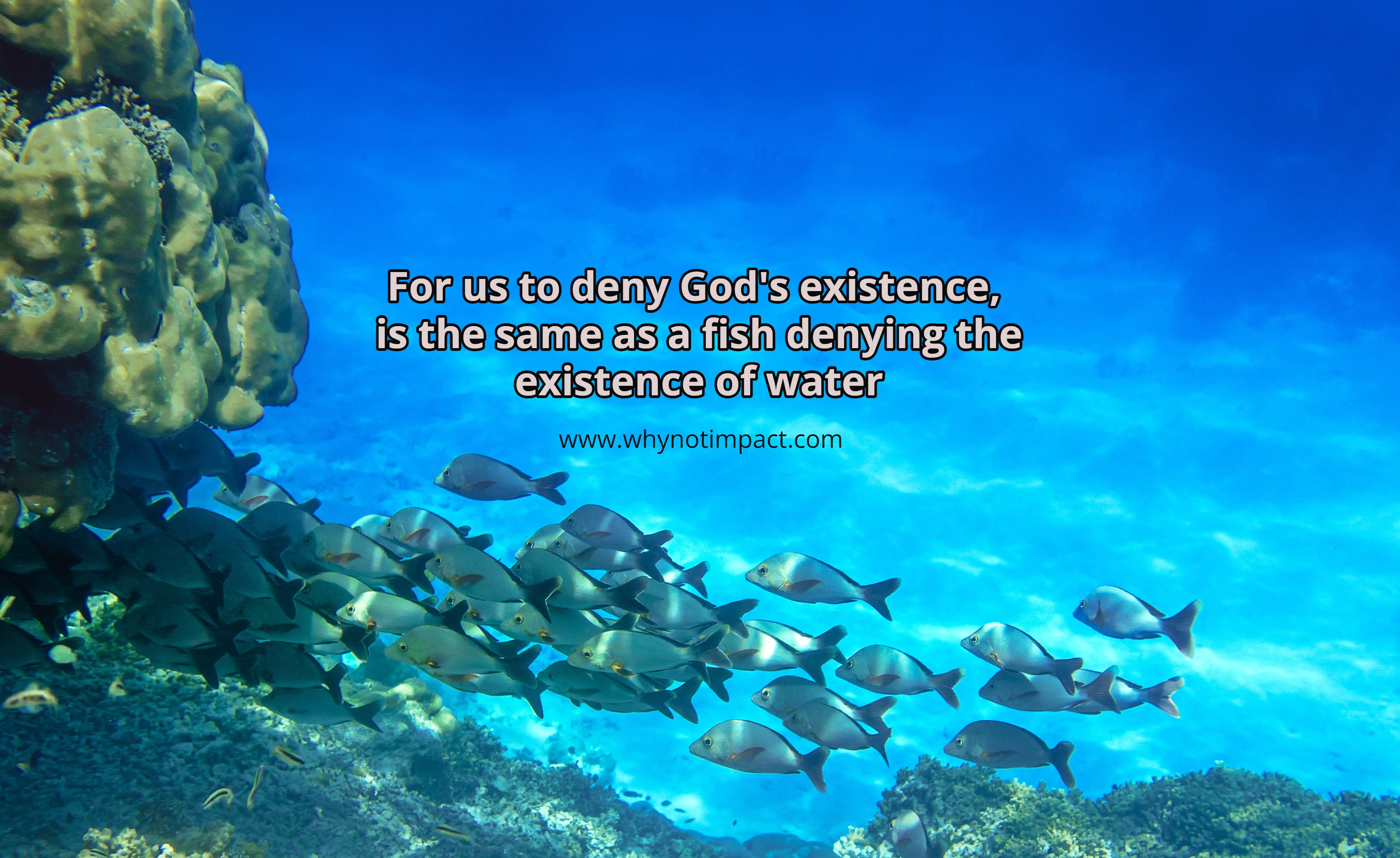 Nothing exists without cause. The original cause of this universe is God. Deny it all you want, but that won’t change the fact that it’s the only logical explanation for life.

This morning I spent about an hour snorkeling in crystal clear gullies on a pristine day. The sea life that I experienced ranged from a sand shark to a stingray. On one occasion I found myself floating amongst thousands of tiny fish. I’m not sure what they were, but they seemed to welcome me to their school. (Maybe it’s because I had been a teacher for so long!)

But it was at that very moment that I felt the very closeness of God. He just reminded me again of His Majesty and Greatness. By floating around in His handiwork, it flabbergasted me that people can so easily dismiss God’s existence. Society is very open to accept the theories and ideas of “scientists” as fact, even though there is no clear scientific proof for many of their suggestions. But the crowd does, because it’s the “woke” and “politically correct” thing to do.

But because being a Christian doesn’t suit the lifestyle of a Godless world, it becomes more comfortable to simply deny His existence. You see, if He doesn’t exist, they don’t need to feel guilty about their lifestyle. If He doesn’t exist, there is no true moral compass. So any direction will do! Now I don’t care what you say you believe, I do know that it is impossible for anyone to swim in the ocean, walk in a forest, look up at the sky or see a new born baby, and deny the existence of God.

But the world has suppressed this obviousness to such an extent, that they actually believe their own lies. The mere fact that you are alive is evidence of a creator. How absurd it is, to tell yourself you believe that everything simply evolved out of nothing. Say that to yourself and tell me to my face that you believe it categorically. Do scientists have absolute proof of that? Obviously not. Yet we choose to go with that train of thought.

God is real! God is alive! God created the universe! God has given us life! God loves us! Those are the facts. Believe it. But if you choose not to do so, do it at your own peril.