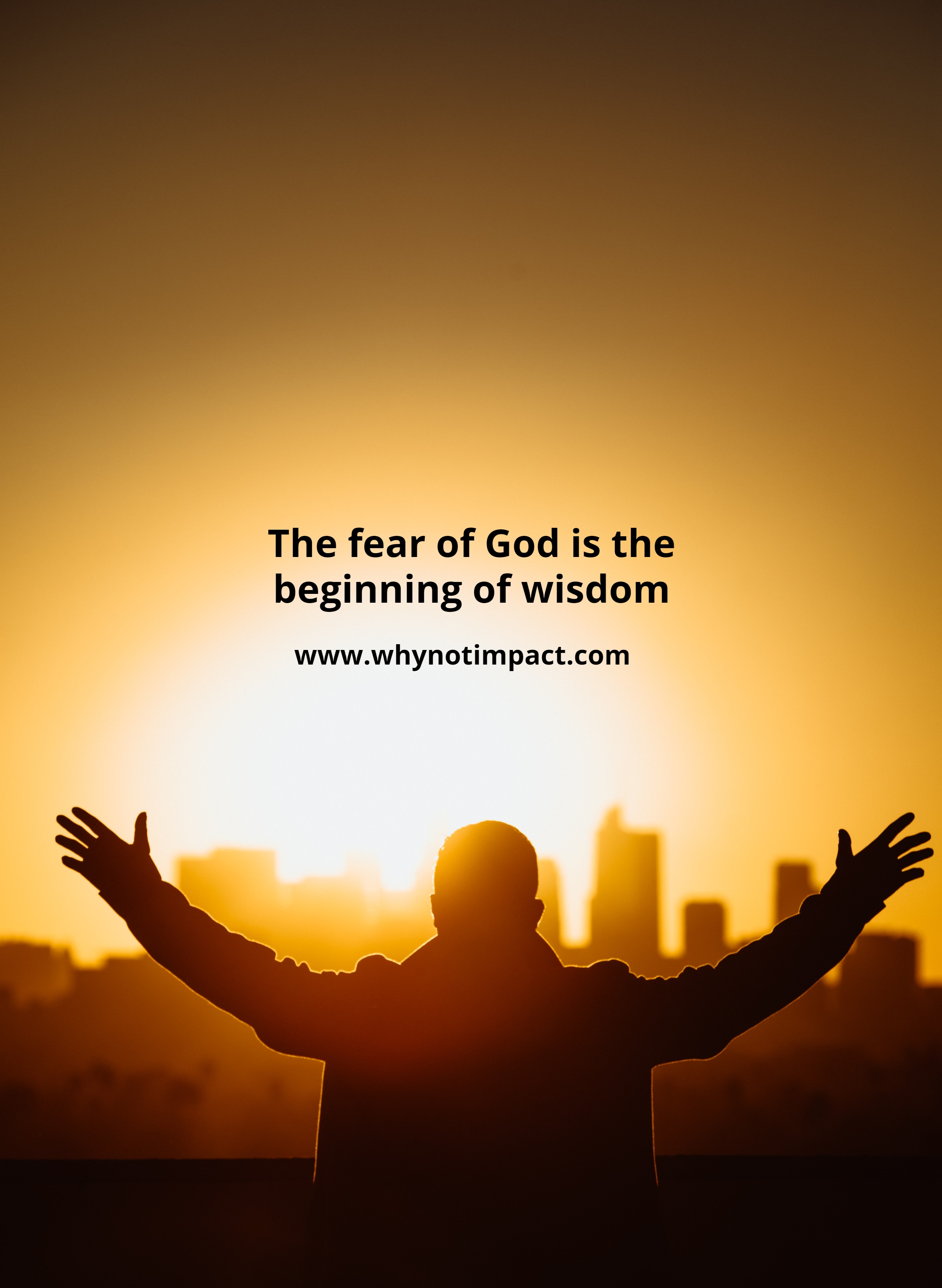 There isn’t really much wisdom in the world at the moment. Individuals seem to be trading their uniqueness, for a call to be part of the crowd. We are willing to listen to anyone and believe anything we are told, because we lack the ability to discern; to discern what is the difference between manufactured truth and actual Truth. We are lead along the garden path into the wilderness, instead of being lead by the One who is the Way, to green pastures.

The reason why the world doesn’t hear His voice, is because it is allowed to be drowned out by those who have worldly knowledge, but lack Godly wisdom. We love spending time watching “Current Affair” programs that spew out worldly ideas. If we spent our time more wisely by fearing God, we would gain the wisdom we need to deal with anything the world can throw at us. Maybe then, the world wouldn’t be in such a panic about everything.

Fear has grabbed hold of society, even though God tells us more than 300 times in His Word, NOT to fear. Fear is what happens when wisdom is lacking. And wisdom is lacking when we don’t fear God. Fearing God means to know that He is our Creator and that He is our Sustainer. Everything we are is because of His grace and mercy. Fearing God means we understand He is love, but we also understand that He is Justice. When we know who God is, and we give our lives to Him, no amount of “manufactured truth” will distract us from what is true Godly wisdom.

So stop being sucked into the fear mongering tactics of the world, and begin to walk in the Light of God. When we do that, the scales will fall from our eyes and, for the first time, we will see things for what they really are. Not for what the world wants us to seem them as!

Have a blessed day!