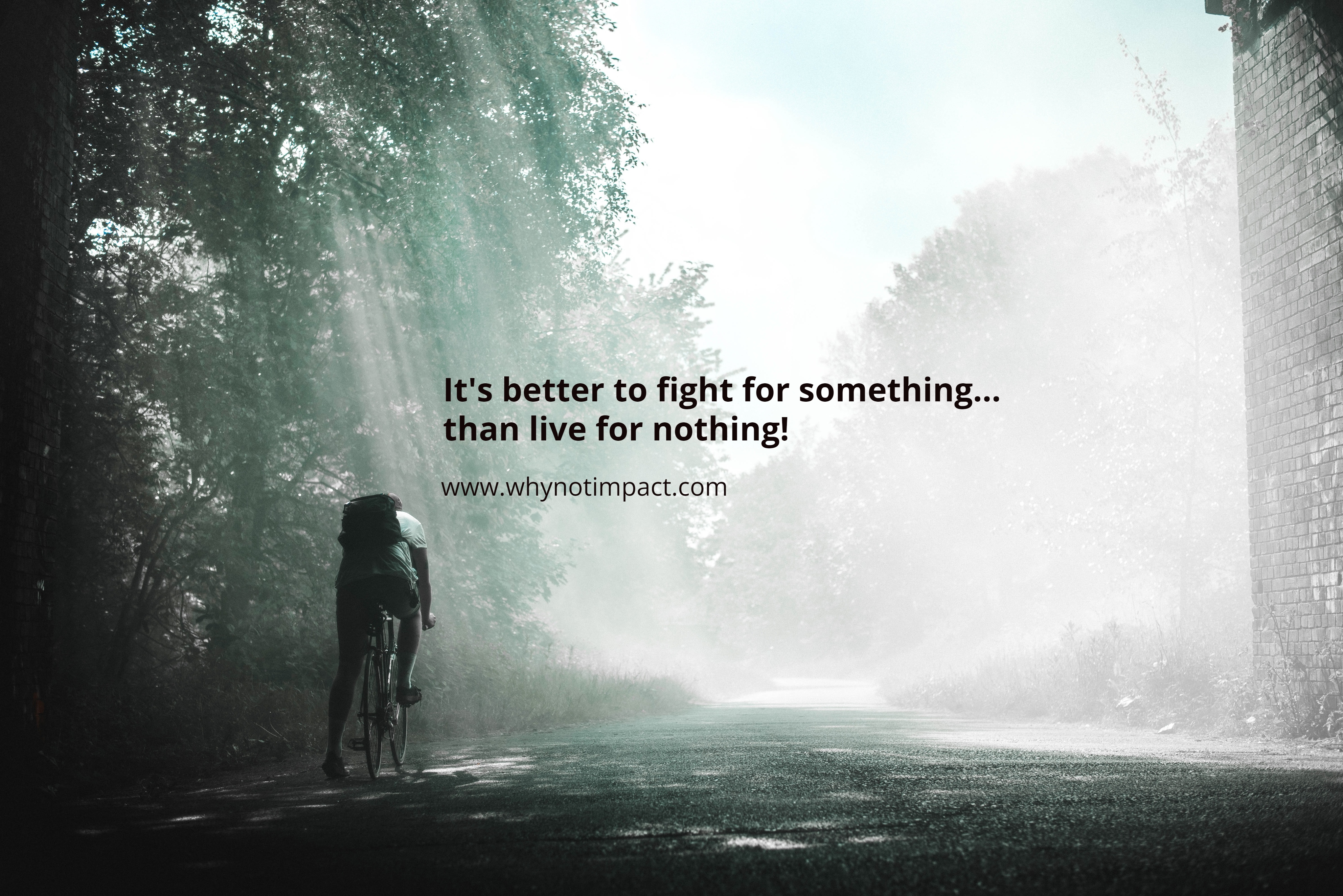 Perhaps, if we spent less time fighting His plan for our lives,, we would have more time for the battles that really matter.

Every human being is involved in a battle that is happening on the turf of our hearts. It’s a battle that is fought for control of our souls. That’s the battle we need to be most focused on. God says in His Word that He longs for every single person to come to salvation. He has already won that battle on the cross. All we need to do is accept that the victory is already ours.

We are not in a battle against other people, we are in a battle against the enemy who has control over their lives. Our battle is against that enemy; the one who wants to destroy everything that is good, by making it look crazy. I often scratch my head at decisions made by world leaders. And what makes me scratch it even more is that the world accepts everything that they are told without any question.

The fact that the world has turned its back on God, should be our motivation to keep fighting. Our cue to step onto the battle field should be the millions of souls who are lost and simply following the folly of the world. And because we know that our battle is a spiritual one, we need to use spiritual weapons. The day we stop fighting with people and we start battling “the enemy” is the day we will fall on our knees and attack Satan the only way that will work.

Until you know that life is war, you won’t understand what prayer is for! Have an amazing day.