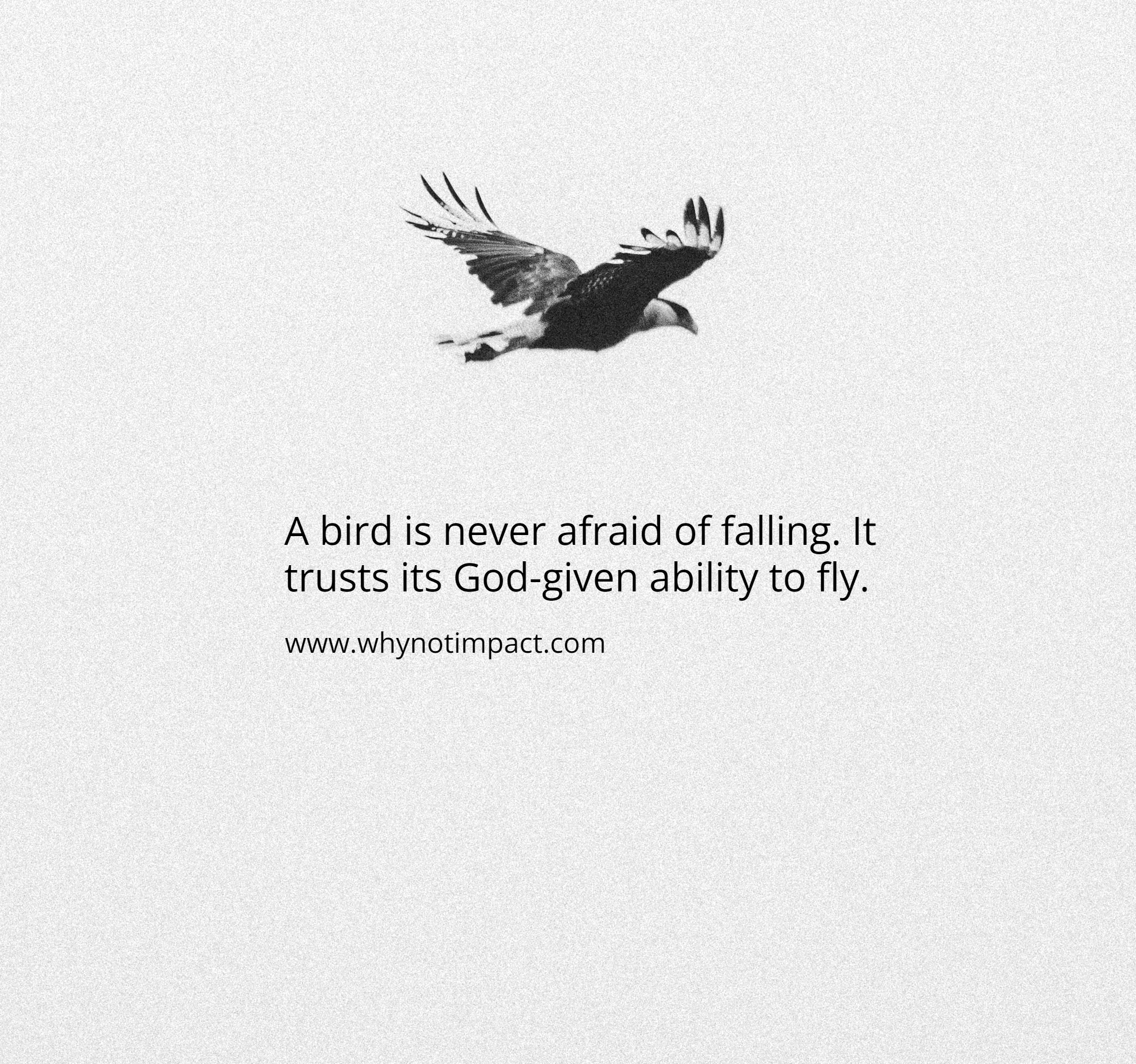 Sometimes our thoughts are backed up by so much insecurity, that they create lies we believe.

Depression and stress are skyrocketing, all because we can’t feel our “wings”. God gives them to us and He is the One who can carry us over the storms of life. But to feel His presence we need to step into it. In today’s world of turmoil, we can’t afford to spend one moment doubting Him. We must choose not to listen to the lies the world is propagating. Because of the chaos surrounding us, we can’t spend a single second forgetting about the wings He has given us. If we do, we will become part of the growing number of people who plummet to a place of darkness and surrender.

No situation can ever be too dire, for our wings not to carry us out of it. As Christians we might be feeling that we are fighting a losing battle. And when that happens, we begin to feel that it’s better to join a situation than to lose the fight. However, despite what it might look like, God is still in control. We might feel overwhelmed by what is happening around us, but the fact is that God has got the whole world in His hands. A day will come when He will say enough is enough. Until then, we are in a spiritual war. But the amazing thing is that He has already given us the victory.

God told the Israelites that the Promised Land was theirs before they even saw it. Although God proclaimed this, 10 of the 12 spies chose to look at what was happening around them, instead of trusting God and the “wings” He had given them. Two of them chose to do the opposite and were the only 2 to eventually enter the Promised Land. They believed that the battle was already won before the results came in. In the same way, God is telling us today that the battle is already won. But until we enter the Promised Land, we must focus on God and not be influenced by the distractions of the world. Until then we must never forget that God has given us “wings” to soar through any challenge in life.

Be encouraged, knowing that our God is in control. Trust Him and continue to soar in spite of everything happening around you. The battle is already won.