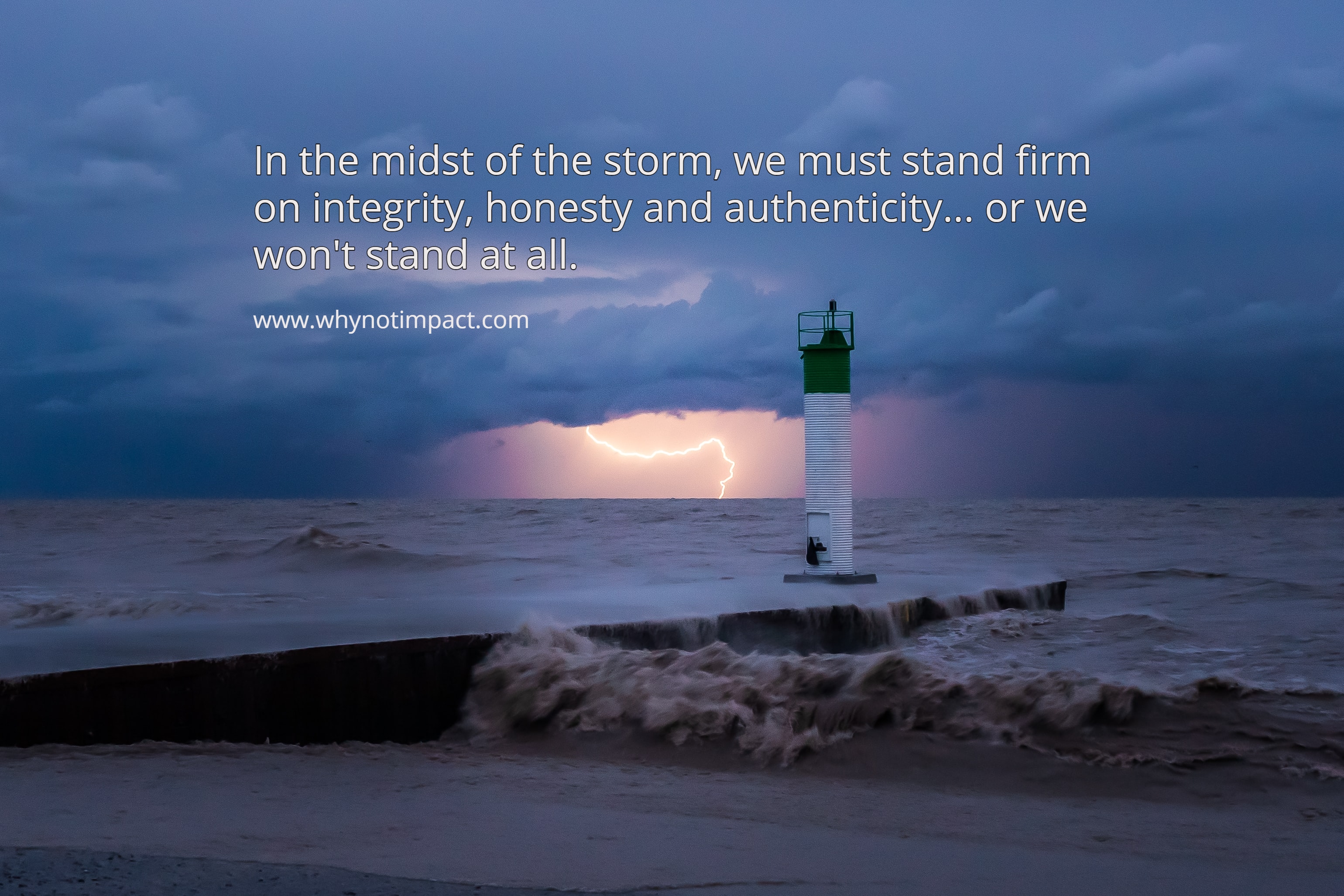 Truth is so obscured these days, and lies are so well established, that unless we love the truth, we won’t be able to recognize it.

There is immense pressure on us to simply follow the world in the direction in which it is moving. And when we don’t, we are labelled as haters and deniers of the truth. Well, here’s a newsflash; the world cannot make a decision on what is true and what is not. Truth isn’t determined by a majority. Truth doesn’t become just that, simply because society says so. A lie doesn’t become truth, wrong doesn’t become right, and evil doesn’t become good just because most people say so. By dressing lies up as truth, and dressing fake up as reality, the world has caused so much confusion that it doesn’t even know what’s going on anymore.

The only way we can be real and live a life of integrity, is to be who God has called us to be. The only way we can live the truth, is to know the One who is Truth. It’s about recognizing the difference between Peter and Judas. Peter had a bad day, so do we all. But Judas had a bad heart. Peter was restored because he knew who he was in Christ, while Judas was lost because he chose to go with what the majority wanted. He chose popularity and self-interest over authenticity and purpose.

The truth is incontrovertible. Malice may attack it, ignorance may deride it, but in the end… there it is! Have a great day, being authentic and becoming everything God created you to be.