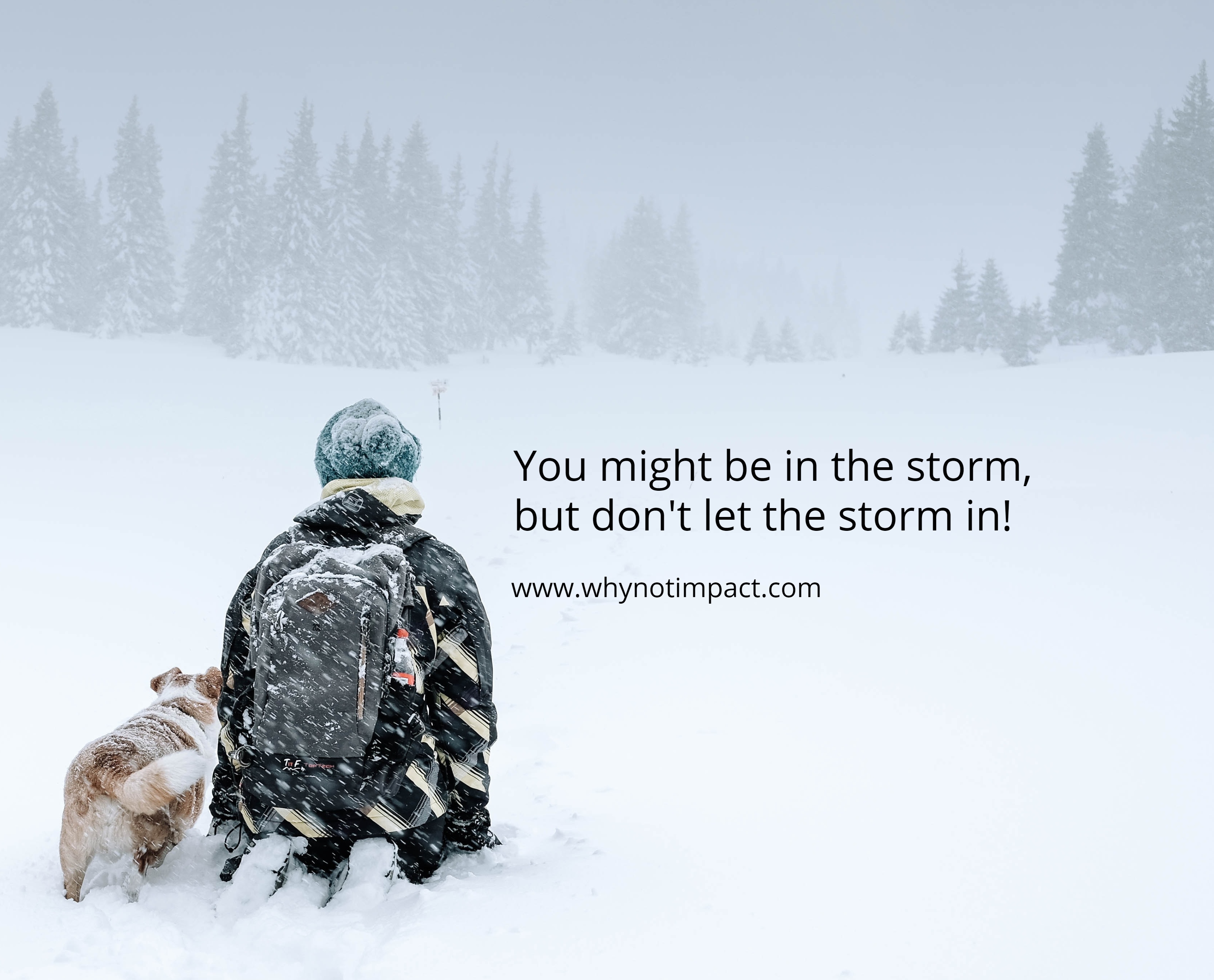 The nature of any storm is that it causes a violent disturbance. First things first! When we see such a phenomena approaching, our instincts kick in and we scramble for a safe haven; a place where we will be sheltered and protected from the effects of the turbulence that accompanies such a storm. However, Christians are not called to run from the storms, but rather chase them.

Our world is one massive storm at the moment. Gale force winds of hatred are sweeping across the landscape. The thunder of anger is drowning out any sense of compassion. The violent lightning of power hungry leaders is blinding them to the suffering of the very people they had promised to serve.

There’s a reason why God tells us in His Word, “Be Still, and know that I am God!” God knows that our natural response to any form of attack is to either cower away from it, or allow it to overwhelm us. God uttered these words to David when he was surrounded by his enemies. He didn’t tell David to take matters into his own hands. He never told him to be filled with hatred or fear. “Be still” seems like crazy advice when surrounded by a  multitude of enemies, yet that’s what God told him to do.

You see, to “Be still”, means we need to stop the storm on the outside, from raging inside of us. It means that we need to clear our minds and hearts of any anger or fear that might be brewing because of what is happening around us. And that’s not easy, but it’s what is needed if we want to experience peace in the midst of the storm. Only once we have done that, can we have a clear enough mind, to adhere to the second thing that God is saying, “Know that I am God.” Reminding ourselves of that will also remind us that God is in control. It will keep us walking in humility, not anger. It will prevent us from cowering away, and lead us to stand our moral ground in a society where morality seems to be a foreign concept.

As Christians we need to be “Storm Chasers”. People who approach these storms with confidence and clarity of mind, because our hearts are still before God, despite the noise and chaos of the world around us. People who show compassion when others are selfish. People who act in love when we are surrounded by hatred. People who are not afraid of our faith, when the world around us despises what we stand for. There’s a saying:  “Stand for what is right, even if you stand alone!” I love it, but it’s not completely true. When we stand up for what is right… we never stand alone, because God will always be there, right beside us. And we need to remember that however many people stand against us, with God, we are always a majority.

Have an amazing day as you chase the storm. And when you get to it, stand firm and rooted in God’s love.