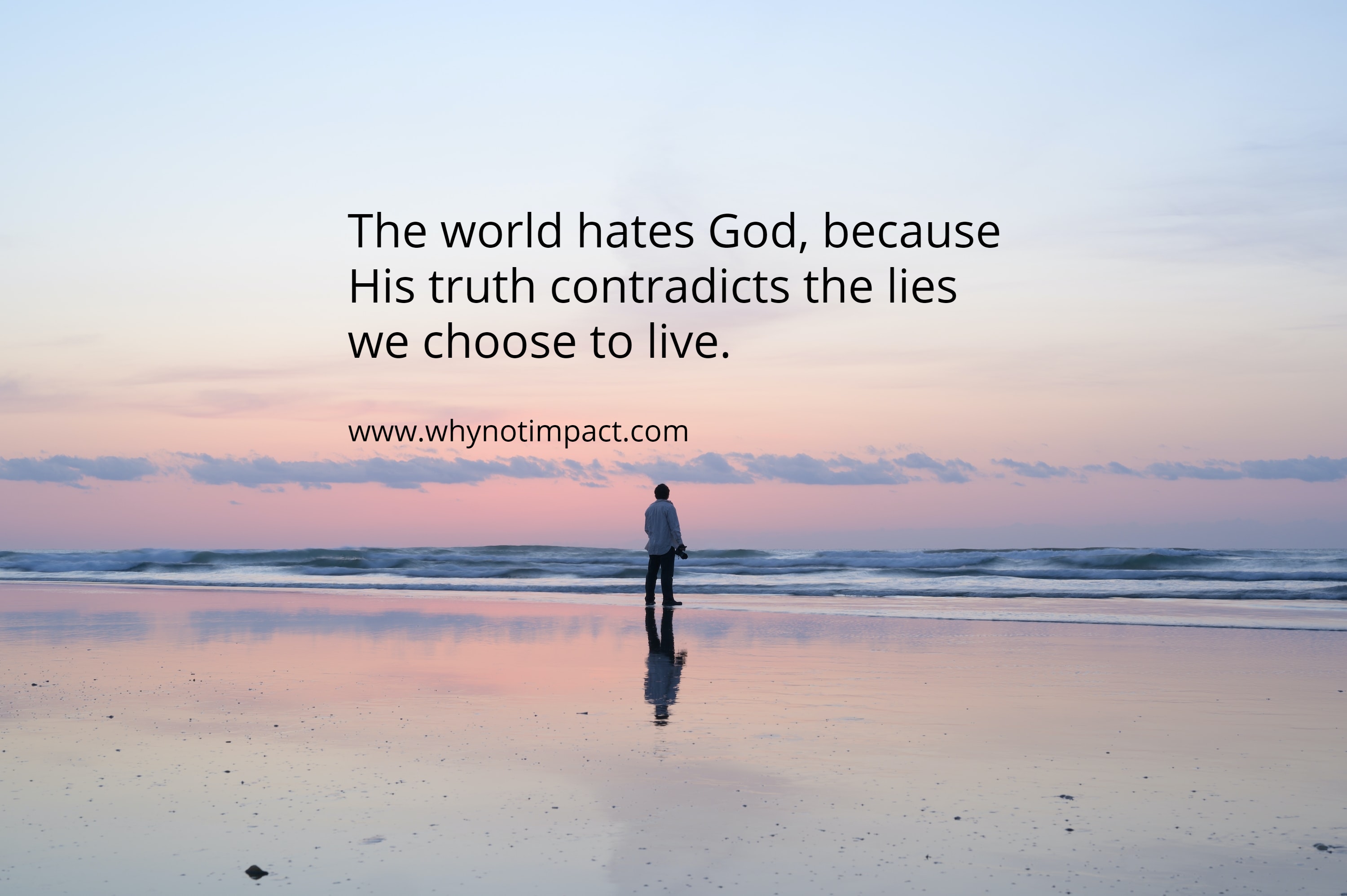 There’s a crazy thing happening in my neck of the woods. The Victorian state government is dead set on banning something that is legal… smoking, while it spends millions of tax payer dollars on building facilities in which people are helped to inject themselves with illegal drugs. They make the laws that classify things as illegal, and then they allow it to be used legally.

Because the world chooses to live a lie, doesn’t make it the truth. The reason why we hate the truth is that it makes us uncomfortable; it causes us to rethink our actions and our words; and it raises questions when we simply follow what we feel. Truth doesn’t change as society becomes more inclusive, and it stays the same no matter how “woke” we choose to be. It doesn’t become the truth simply because we like the sound of it. It isn’t the truth because it seems cool. It is the truth because it is the truth!

To know what truth is, we need a “truth compass”. That compass will point to truth no matter how much it might hurt or go against what we would like it to be. What the world is doing is creating its own compass that is manipulated to point in a direction that is comfortable. Who are we, as mere mortals to decide what is, and what isn’t the truth? How can we base our “moral” decisions using an immoral compass designed by an immoral society? Morality can only be found in God. Truth can only be found in the One who is the Way, the Truth and the Life.

Jesus Christ came to this world to show us the way, the truth and the life. He chose to live outside a comfort zone. He never based His words and actions on people’s opinion of what truth is, He based everything He did and said on what Truth really is. He gave His life so that we might know. And what the world chooses to do is mock Him, deny His truth and create their own version of what is right. My confession today is that I choose to live God’s Truth, no matter what it may cost. I choose to follow Jesus no matter what the world says about it. Because one day, that truth will be undeniable to everyone, and every knee will bow and every tongue will confess that Jesus Christ is Lord.

The Bible may hurt you with the truth, but it will never comfort you with a lie.