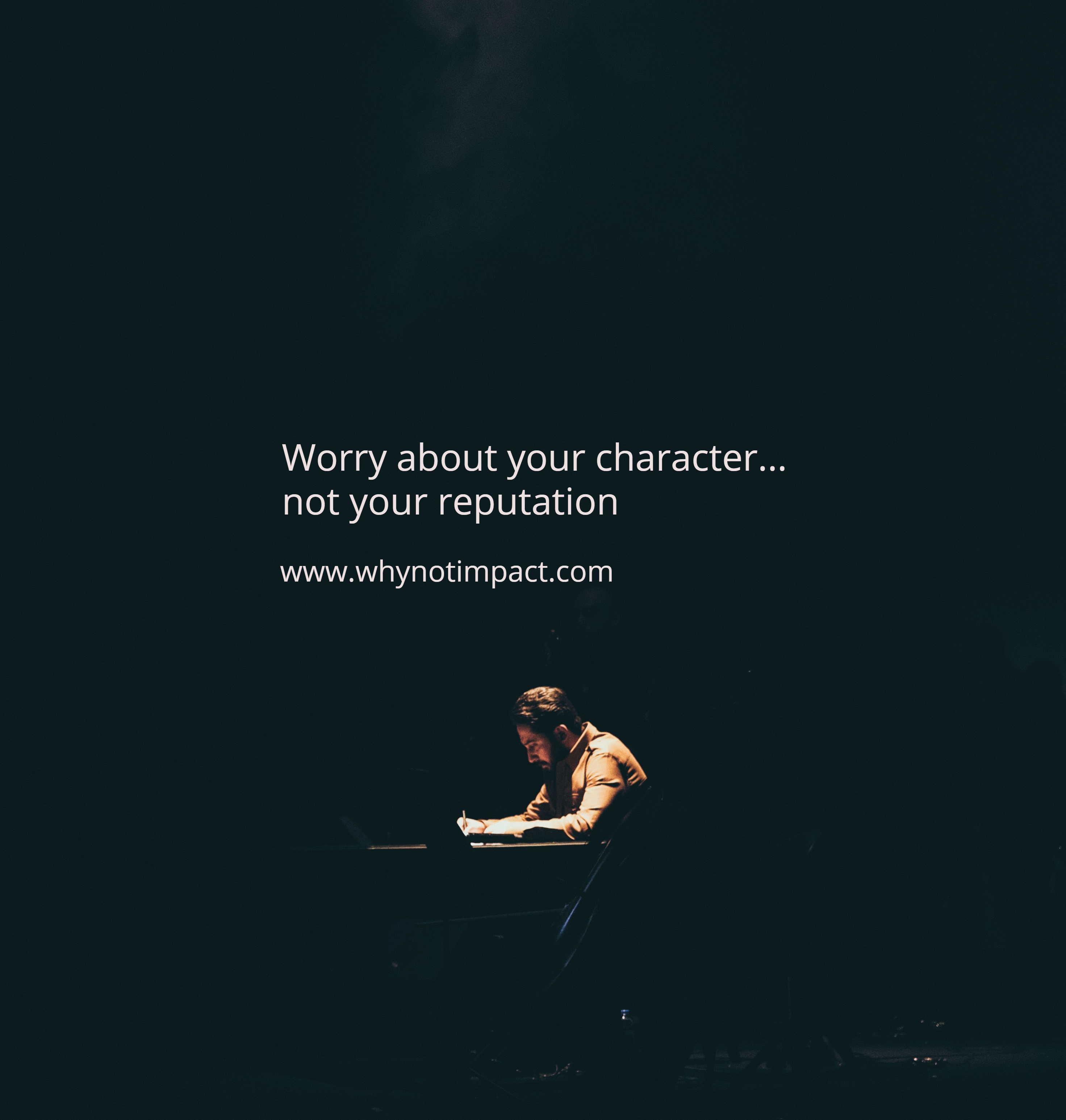 Character is doing what is right when nobody is watching.

We are so prone to impress people around us that we tend to lose our character along the way. We will do whatever we need to do, to gain more popularity; the more provocative, the better the reaction.

A couple of years ago, swearing in public was a no-no, today it’s become a yes-yes. Not too long ago, parents and teacher were respected. Today children are taught to question everything and to make their own decisions about things they have no experience in. In more recent years, it is perfectly acceptable to show disdain towards any form of healthy authority, while questioning totalitarian regimes is taboo. In the past it was a sign of respect to allow women to enter a room or to open a door for them. These days, something that is meant to be based on respect and integrity, is frowned upon.

Society is losing all its character because we have got our intentions mixed up. Doing something with the intention of simply impressing others boils down to characterlessness. Most of the things society is getting involved in will never happen if nobody was watching or listening. Who would be using the F-word so flippantly if nobody was listening? Who would be helping others, if nobody else came to know of it? In fact, who would do any of the things that they are doing, if it was done without anyone seeing their actions?

That’s exactly where character comes in, and there’s far too little of that going around today. Character means you do things without the applause from the crowd. It means you do things without posting your good deeds on social media. It means you do what is right and not what is popular. But the thing is, to know what is right, you need to know God, because He is the only One who is perfect and Holy. He is the only standard to strive towards. Know God… know Character. As the church, we need to stand up and show character. In doing so, we will face adversity, but at least we know that we are true to the character that God has given us as His children.

So let’s stop living to impress mortal men and women, and start living to please Our Everlasting Father.

Have a character-filled day!