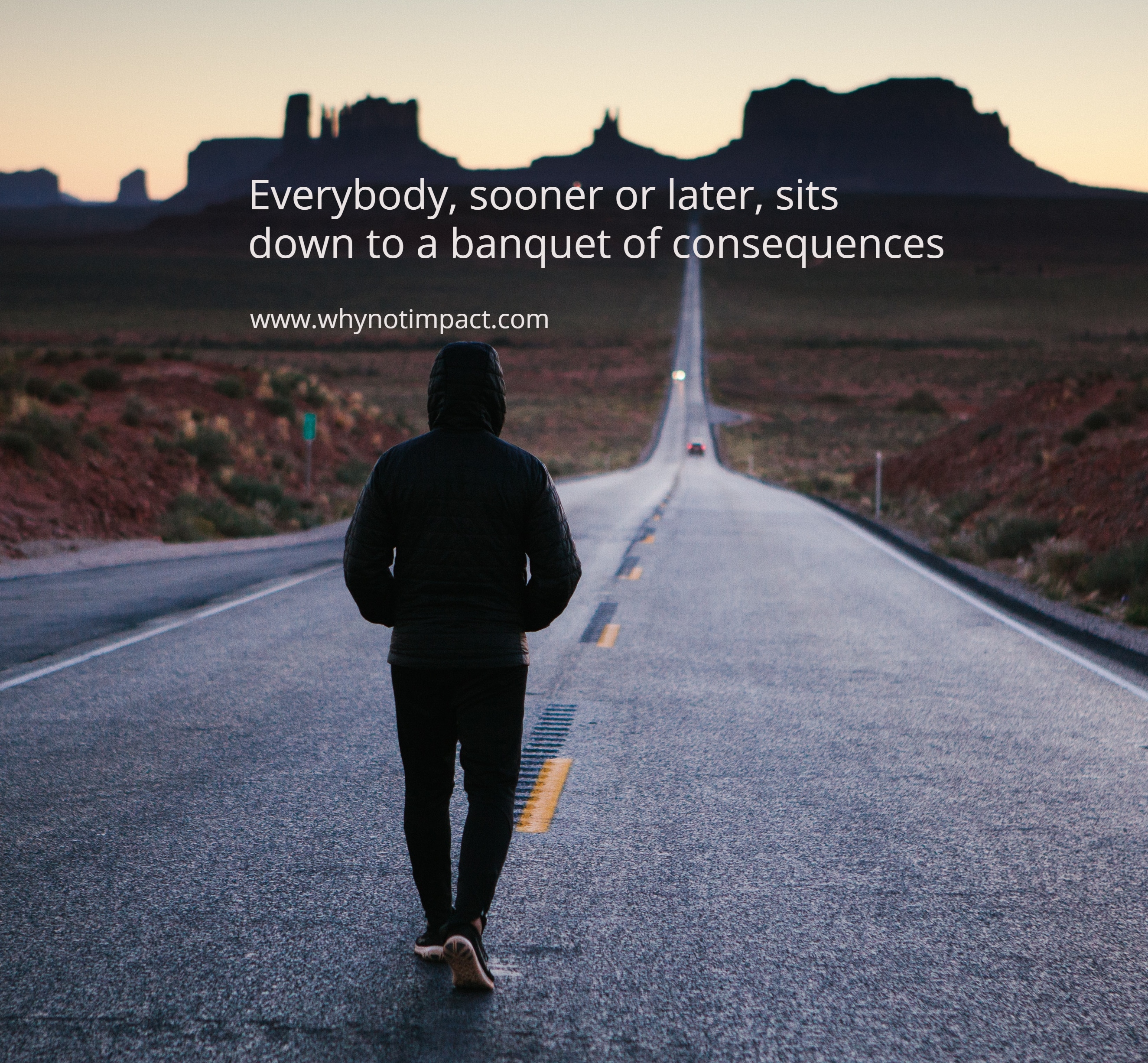 It doesn’t take a rocket scientist to notice that there is a strong promotion of entitlement, and a slow but steady drift-away from consequence in large portions of society today.

Let me be the first to admit that in the past, gender inequality, racism and social hierarchy were atrocious ways of mistreating certain groups of mankind for the benefit of others. The fact that women couldn’t vote simply because they were women was a travesty of justice. The fact that people of colour were treated like animals in the past was completely inhumane. And the fact that the more affluent in society would freely and openly humiliate their fellow “brothers and sisters” simply because they were poor, was appalling. During those times, there seemed to be very little consequences for the inhumane treatment of people. A sense of entitlement flourished, and when that happens, consequences fly out the window.

But thankfully, voices like William Wilberforce, Mahatma Gandhi, Malala Yousafzai and Nelson Mandela exposed the lack of justice. In fact, justice means that there needs to be consequences for our actions. Not just for one section of society, but for all. Everybody needs to be treated equally. And that’s what the aforementioned people were fighting for. A world without justice for all, is not a society, but chaos. The whole premise of society is that people live together in an orderly fashion. It means that we consider one another and have certain morals and standards that need to be adhered to. It certainly doesn’t mean that we can do as we like because we feel a sense of entitlement, and to hell with everyone else.

But today, it seems to have been taken to the extreme. The scale of injustice has swung way past the balancing point and is now clearly hanging in favour of the previously disadvantaged groups. I won’t go into too much detail, as to not offend anyone (which, by the way is very easy to do these day) but I will say this; in our attempts to bring about justice, the coin has been flicked to the other side and gender inequality and racism is more rife than ever. Men are made to feel bad that they are men, and white people are made to feel embarrassed because of the colour of their skin. I thought that the fight was for equality and justice. The fact of the matter is, that we demand justice and consequences for actions when it comes to other people, but we pull out the entitlement card when it comes to us.

Dealing with the consequences of our actions is never easy. Making such a noise that we can’t hear the cries of others because we think we are owed, is a bigger pandemic than COVID. It is human nature not to want to be told what to do and to follow rules. But for justice to prevail, there needs to be boundaries. Maybe that’s why the road that leads to eternal life is so narrow. People don’t want to deal with the consequences of their sins. These days, the only thing that is preached is God’s grace. Why, because then we don’t really need to worry about any consequences. But the truth is that God’s grace is available to us, only when we acknowledge our sins, and repent. That means we need to take responsibility for our actions and accept that as mere people, we are not entitled to anything. One day we will all stand before God’s throne and face the consequences of a single choice: Did I accept Jesus Christ as my personal Saviour by repenting and living for Him. If I did, then, because of His grace I will spend eternity within His presence. But if I didn’t, the consequences will be catastrophic. On that day there will be no demand of entitlement, because God owes us nothing. But He is willing to give you His grace right now. If you’ll only accept it.