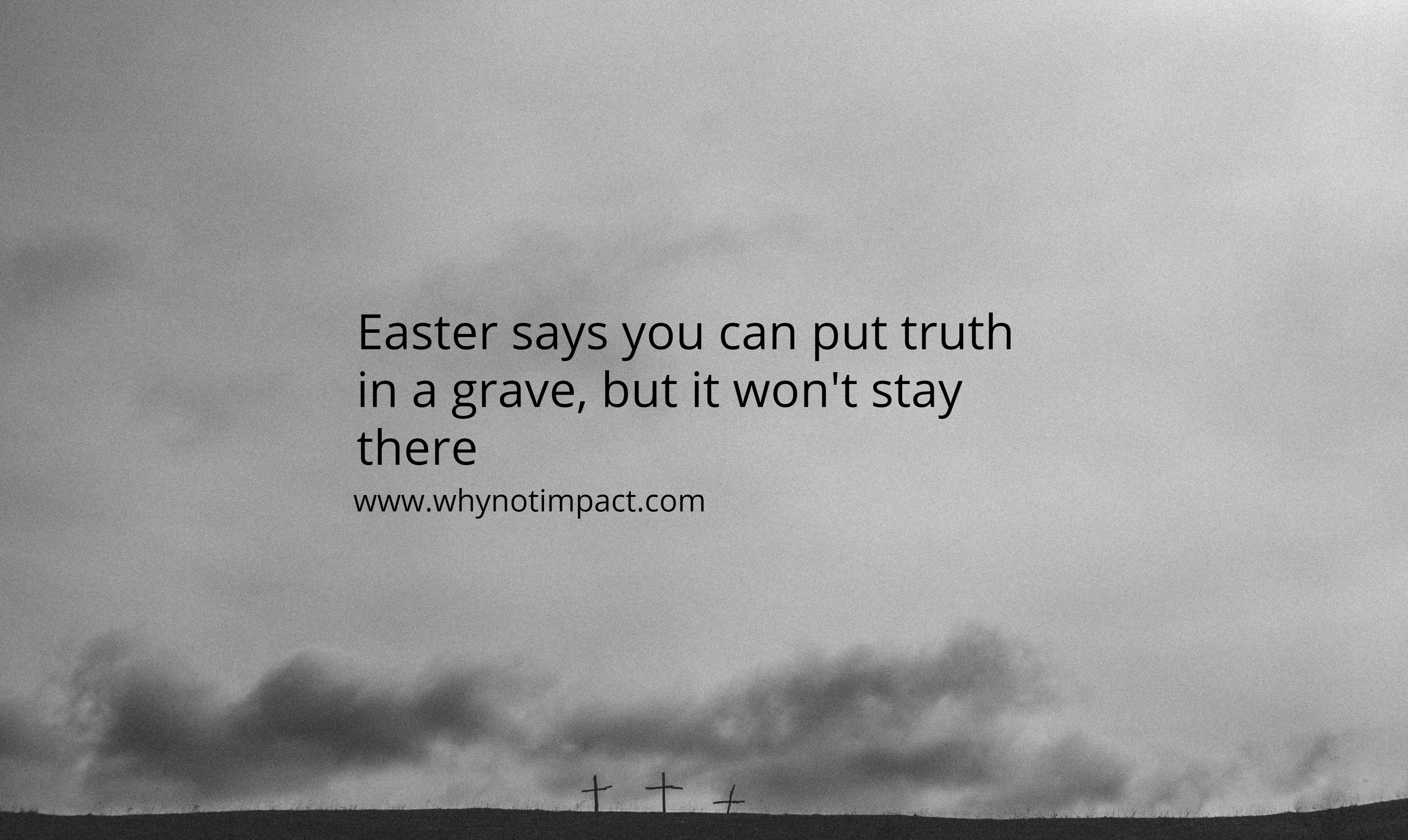 “The truth is incontrovertible. Malice may attack it, ignorance may deride it, but in the end, there it is.”

Recently, I read a post on Facebook about how Christians don’t celebrate Halloween and other days, based on “factual” things, yet they celebrate the death and the rising up from the dead of a man who they claim to be the Son of a God who there is no proof of. Come to think of it, it does sound a bit far fetched if you think in practical terms. But so do many other things.

It’s a fact that the Earth is round, but it makes no sense that people are hanging upside down on its surface, without falling off. That doesn’t change the fact that it is round. It’s a fact that the brain is simply made up of tissue. That doesn’t change the fact that it is the most complicated thing in existence today. Things are not always as they seem to the naked eye. There is more to life than just our opinions and ideas about things. There is one more fact we need to understand… the truth stays the truth no matter what we might believe or not believe about it.

The world chooses to believe that Jesus is overrated and that belief in His death and resurrection is a joke. Nothing has really changed for the past 2000 years. People in His time on Earth thought that He was a fake. That’s exactly why He was hung on a cross. The fact that He was innocently murdered doesn’t change the fact that He was in control. He chose to die so that you and I might live. The fact that He was crucified along side vicious criminals, didn’t make Him guilty. The truth is that He was the only person who never committed a sin.

Many people ask me how I know that Jesus is real. Well, it’s an easy answer. He has given me new life. Before really accepting Him and believing in His resurrection, my life was like a planet spinning out of control. Everything was flying in every direction and I couldn’t find anything but chaos. I won’t even go into any detail about what my life used to be like before Christ. But now, everything has changed. I have peace that no war or enemy can take away. I have purpose that is found in Him. I have an assurance that this world is not the end. His Spirit lives in me and I live in Him. That might seem crazy to the world, but truth does not always fit into the little box that makes sense.

My Saviour was killed by a world that didn’t believe in the fact that He is the Son of God. One day, the same world will bow their knee, not to a political ideology, but to a God that they dismissed as a myth. On that day everyone will confess that Jesus Christ is Lord and always has been. I choose to live my life for Him right here and right now. It might not make sense to many, but that doesn’t change the fact that Jesus is Truth.

Have a blessed day and weekend knowing that Jesus Christ died for you and I because He loves us. And Jesus rose again so that we may live in Him.