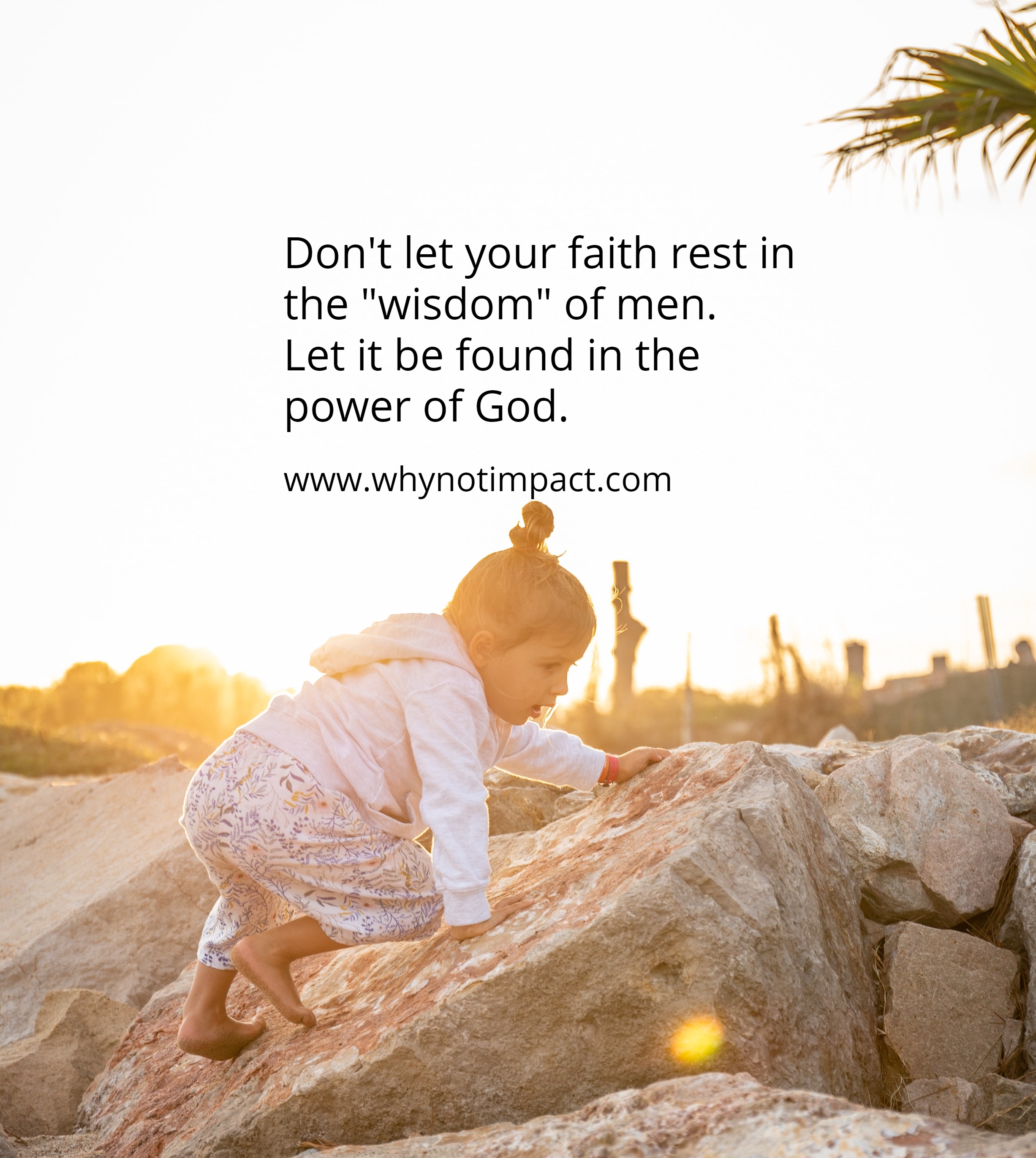 Don’t believe anyone who tells you it’s easy to be a Christian. We are often told that all we need to do is say a little prayer and then everything will be hunky dory. Maybe that’s why so many people are disillusioned by Christianity. We want to “give it a go” because of all that we can get out of it. But, as soon as God doesn’t let things happen the way we want them to happen, we walk away. As soon as we read something in the Bible that makes us feel uncomfortable, we choose to follow a different path.

If Christianity was based on feelings and comfort, Jesus would never have died on the cross. In no way did He feel like doing it, or look forward to it. As Christians we often go through things that are uncomfortable and painful and all we want God to do is fix them. God didn’t “fix” the pain and suffering that Jesus went through because He knew that it was necessary. He knew what the outcome would be and what it would mean in the bigger scheme of things. The struggles we go through as Christians aren’t because God doesn’t love us. In fact, it’s because He loves us so much that He wants us to become more resilient. And the only way for a person to be resilient during tough times is to know that there is hope. And the only real hope in this confused world is Jesus Christ.

Our salvation is free, but it cost God His Son. Being a Christian costs! It costs us ourselves. But only by giving ourselves completely to God, do we truly live and become all we have been created to be. A great friend and brother in Christ, Williams, is an inspiration to me and a true example of someone who has counted the cost and is willing to live “full out” for God. He is scoffed at and persecuted for sharing the gospel, yet he counts it a privilege. He has to find isolated places to baptize new believers to avoid being attacked by local villagers. More than 200 pastors of churches that he has planted in India are diligently sharing the Gospel without any remuneration. They consider it an honour to share God’s word. They don’t do it for any other reason than a true love for God.

Maybe it’s time that we stop cheapening the Gospel and using God as a pawn. He owes us nothing. In fact, we owe Him everything. That very breathe we just inhaled is because of the life that He has given us. So why then do we blame Him for things that go wrong? Why do we shake our fists at Him when we face obstacles? Maybe it’s because we tend to forget who He really is and who we are in the bigger scheme of things. Maybe it’s because our lives are too privileged. I have travelled and ministered in many places and have found that those people who have very little, seem to be so much happier. They also appreciate the things that we often take for granted. Maybe it’s because they have a healthy understanding of who God is and who they are in Him.

“Hard times are like a washing machine. We get twisted, turned and knocked around. But in the end we come out cleaner, brighter and better”

1 thought on “Count the Cost”