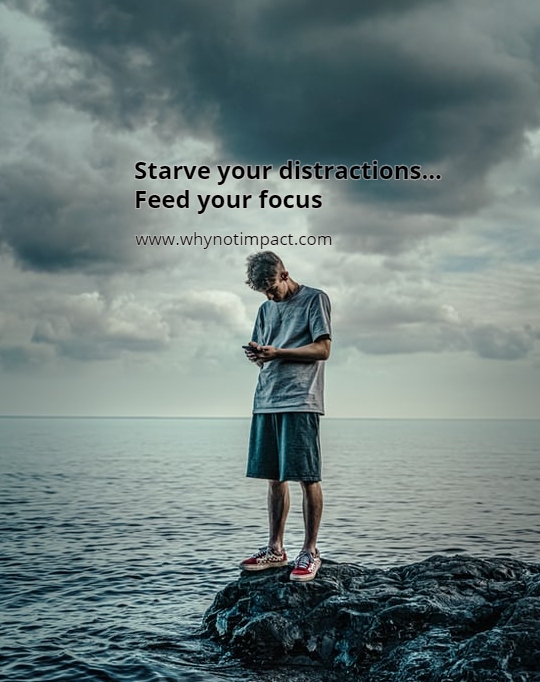 The world has lost all sense of morality and decency, because the noise of the world is drowning out those very morals that should be guiding us as a society. We weren’t created to do whatever we please. If that were true, then there shouldn’t be a judicial system. Slowly but surely, society is corroding into a free for all, yet the ones who are standing up for good morals are persecuted.

For how long can I continue to blame what has been done to me in the past, for my inability to create a future for myself. For how long can I allow what someone has said about me, to be an excuse for my own lack of moving forward. We love to play the victim, when in fact, we are the ones who have allowed ourselves to be affected by things from the past. Black Lives Matter is a movement that chooses to be a victim. Segregation has ended decades ago, yet it is still used as a trump card for individual acts of racism. Women have correctly been given equal rights to that of men when it comes to employment and other aspects of life, yet feminist movements still argue that they are victims in a male dominated society.

But here’s the upside-downness of society… These far left movements can say whatever they want about those on the other side of the spectrum and it is accepted as freedom of speech. By taking the knee and disrespecting their own country’s flag and national anthem, is seen as an act of bravery and standing up for what they believe in. But heaven forbid a person stands up for his religious beliefs – which, by the way, is a human right. Israel Folau recently stood up for what is written in the Bible, and was sacked from the Australian Rugby team. In the same breathe, there is talk of the Wallabies taking the knee in the near future. But that seems to be fine. And by the way… the Wallabies recently lost 43-6 in their last match against the All Blacks because they choose their team based on players that follow the status quo. How is that working for them?

Society can’t seem to make up it’s mind about things either. If gender, according to the ridiculous new way of thinking, needs to be “fluid”, then there shouldn’t be a distinction between male and female. Yet, feminist groups are still complaining that women aren’t treated as equal to their male counterparts. What is it then? Should there be no distinction, or should there. I was shocked to learn that in public schools in Tasmania, teachers are no longer allowed to refer to boys as boys, or girls as girls. The pronouns: he, she, her, his and him are also to be avoided. This is also implemented in NSW and in other public schools around the world. It is absolutely ludicrous. What about my right to want to be called a man. I am not confused about who I am and I am very comfortable with the fact that I am the specific gender that I am. By all means, if someone prefers to be referred to as neutral, then that’s up to them. But don’t force your opinion onto those who choose to follow what is moral.

So, it’s time to choose to starve those distractions that the world is throwing in front of you. It’s time to stand firm on the Godly principles that we have been given, irrespective of direction the world is moving in. Society has lost its moral compass. Don’t allow the loud voices of insecurity, to drag you into an abyss of immorality where you compromise your character. There’s nothing better than knowing that you are moving in the right direction, because you are following the One who holds life’s compass. His name is Jesus Christ.

Have an awesome day.