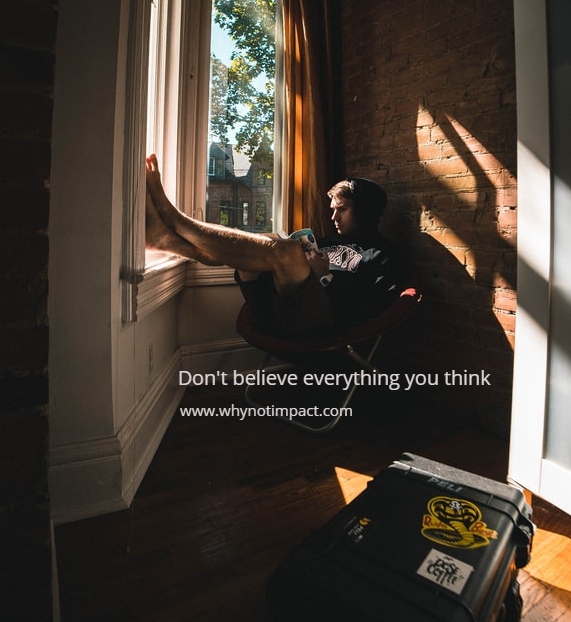 “Instead, let the Spirit renew your thoughts and attitudes. Put on your new nature created to be like God.“

I recently found myself in the middle of a mindset that scared me. I had allowed myself to be indoctrinated by the negativity of what is happening in the world around me, instead of focusing on what is inside me. The voices of negativity began drowning out the quiet Voice of the Holy Spirit within.

Like Elijah, I have experienced God’s presence in my life in a real way. But like Elijah, I had allowed my mind to focus on the evil and danger of things happening in the world. And like Elijah, I gave it permission to fester in my heart. But here’s the thing: Elijah allowed his fear to drive him into the wilderness where he was unproductive for God and where he could not live out his purpose. He allowed the voices of this world to drown out the whispers of God. It was only in the sheer silence, that he was able to hear God’s voice again. It is only when we are still and withdraw from the loud voices of the world, that God can be heard.

Society is rapidly moving towards a state of irreparable immorality. The world is introducing gender fluidity classes to 6 year old children at school. Children as young as that are legally allowed to decide whether they choose to live a life as a male or a female, yet a 15 year old cannot legally be charged as an adult for a crime, because they can not be held responsible for their actions. Fifty million innocent unborn babies are murdered every year. They are never given a chance. Whereas mass murderers are treated leniently because “human rights” would be breeched if they aren’t. Gross violation of real human rights are happening all around the world, yet nothing is done to alleviate those problems because it is seen to be happening to “2nd class citizens”.

Just going through lists and lists of these atrocities makes my blood boil, and rightly so. It is time that we speak up for the oppressed. God even says in His word that He is sick of our sacrifices. He is more interested in us being proactive against the injustices of the world. But in doing so, we must take heed not to allow our anger toward the offenders to drown out His voice calling us to stay focused. That is why, each day, we need to become silent before God. By doing so, we create a platform for His Spirit to encourage and motivate us to keep going. That is why it is so important to ask God to guide our thoughts. I never again want to be so frustrated by what is happening in the world, that it distracts me from what He has called me to do to make the world a better place.